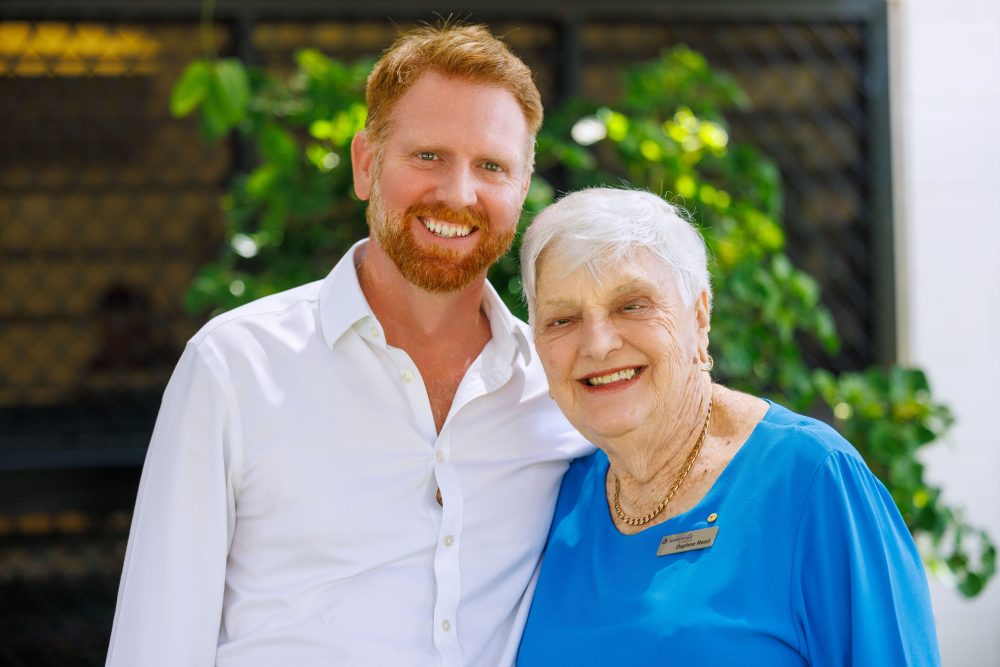 In June 2022, long-time Somerville board member and former President Daphne Read AO stepped down after an incredible 55 years on the Somerville board. Daphne has been central to Somerville’s success since its very inception and her presence and influence has been such a constant feature it is difficult to imagine a Somerville without her.
Daphne’s service to the Northern Territory community extended well beyond her contribution to Somerville and this reflects an extraordinary life of service.
Born and raised in Wollongong in NSW, Daphne first arrived in the Northern Territory in 1966 and began her contribution to the work of Somerville a year later in 1967.
Daphne was a long-term foster carer and had a lengthy career as a teacher, including serving as the NT’s first female school principal.
Daphne has been involved with community organisations for more than 50 years. She served as a National Executive Director of the Royal Life Saving Society Australia and was awarded the Meritorious Service Medal.
Daphne was the Chairperson of the Northern Territory Disability Advisory Council and served on the Northern Territory Housing Appeals Committee, amongst other roles including as Chairperson of Palmerston Uniting Church Council and Board Member of Uniting Care Australia.

Daphne was awarded the Order of Australia Medal in 2002 for service to the community, particularly through the activities of the Royal Life Saving Society, in the development of social education programmes in East Timor, and to youth as an educator and initiator of arts programmes that foster children’s participation and development. She was also named NT Citizen of the Year in 1998 and NT Senior of Excellence in 2015.
As a personal friend of Margaret Somerville, she has always been strong in promoting the values embodied in Margaret’s life and her steadfast commitment to serving others, between them they have shaped the culture of Somerville to the one we are so proud of today.
Ultimately, we would never succeed in achieving our mission without the work of people like Daphne who volunteer their time behind the scenes and lend their passion and vision and sense of meaning and purpose to the work of serving our community. She had the ear of the Northern Territory’s most influential leaders and never took her eye off the
needs of our most vulnerable.
We wish Daphne all the best for her retirement but importantly welcome her into her new role as Patron of Somerville – a most deserving recognition of her achievements that ensures her ongoing part in the life of Somerville.

The Somerville team had a great day at the Carnival of Fun 2022, which was organised by…